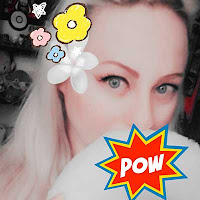 I like to live life in a fun and exciting way! Whenever I want to do something, I research the necessary steps to take, and then I'm on it. Because of this, I've traveled outside the country, learned new languages, gotten my motorcycle license, and even ended up in California, specifically Sacramento, among numerous other adventures! How does that tie into MGR? Well, because that kind of attitude, and a lifelong obsession with video games, is what landed me on this great Indie project!

I've been into video games since I got the McDonald's Happy Meal toy in the early 90s that was a simple racing game. Push left or right to dodge obstacles. HOOKED. My obsession only grew; I bought any video game system I could get my hands on, and any type of games. As an adult, I now have the luxury of buying whatever my heart desires. (Wallet permitting!) I love JRPGs, racing games, fighting games, puzzle games, action games, FPS games... the list goes on!

I act as the creative writer for this quirky racing game. The tidbits describing racers, tracks, and even some of the naming for said parts can be (mostly) credited to yours truly! I've always loved writing and creating stories. When I was little, my family had a typewriter, and I would type out all sorts of silly short stories. Eventually, we got a laptop and my stories were written there. I went on to win some small competitions and even wrote a short story for Amazon. (Procrastinating on the publication part...)

Getting into MGR was a lucky draw for me. When I walked into the Square One Club building, I had no idea what to expect. I had been researching and emailing with a current video game writer and he suggested I look at local VG Developer gatherings to help broaden my knowledge of the industry, as well as networking. So, taking his advice, I researched and found that there was, indeed, a gathering of Developers. I found the time and location, sent in a request I was coming in, and Boom! There I was, in a group of strangers, but excited!

The meeting was mainly about showcasing some examples of games the Indie groups were working on. I paid notice to what the Devs were looking at, the advice that was given, and the type of work the individuals were doing. I wanted an idea for a position I could do in the VG industry, since I was a little on the fence with no experience in programming, graphic designing, etc. I suspected I would be in writing, because I enjoy writing and I believe I can bring some individuality to the table.

Peter and Jim presented their MGR game, and I was very intrigued. The goofiness of the game, fun aspects, and set theme interested me. After the presentations were finished, I went up to Peter and introduced myself, and basically said I saw a lot of potential with the game he was making. He asked what my title was. I explained it was writing. Peter then proceeded to ask me to come on board as a writer! Woohoo! The meeting went even better than I expected!

This is an exciting time because I have never been involved in the creation of a video game. My childhood dreams are coming true. I look forward to this journey, and hope that my contributions can help make the game a blast!